NATO needs a strategy for emerging and disruptive technologies 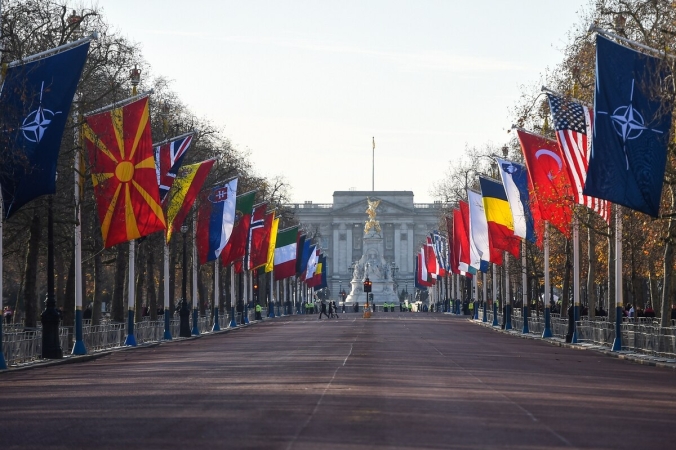 By: Lauren Speranza and Nicholas Nelson

The incoming Biden administration is expected to reassert ties with Europe, hoping to leverage America’s allies and partners at NATO in the great power competition with China and Russia. As U.S. and European leaders set their collective agenda at the next NATO summit, a top priority should be establishing a NATO framework for emerging and disruptive technologies (EDT).

For the United States, it is important that the alliance adapt together to defend against algorithms and bots, as much as bullets and bombs. Europe shares this mindset but differs from the United States on key defense tech issues, such as regulation, data, and stakes in national champion companies. To avoid the dangerous transatlantic rifts of the last four years, Brussels and Washington must bridge that gap and forge an alliance approach to EDT.

NATO has acknowledged the need to harness the power of such technologies, but current efforts have produced innovation theater, as opposed to fundamental organizational change. NATO lags behind in critical areas such as 5G, hypersonics, artificial intelligence (AI), unmanned systems, and quantum science.

In the past, NATO has used frameworks to get member states to agree on priorities, dedicate resources, and empower authorities to act. Looking to the next NATO summit, transatlantic leaders should champion an EDT framework built around four practical pillars:

Establishing an organic assessment and coordination capacity at the strategic level. To fulfill its potential as the transatlantic coordinating tool on the security dimensions of EDT, the alliance needs an in-house capability to assess challenges driven by rapidly evolving technologies. It must examine the advantages and vulnerabilities of adversaries and competitors, as well as gaps in NATO’s approach and capabilities. NATO must explore how EDT can be applied to tackle below-threshold threats, enhance defense planning, boost exercises, and support decision-making. Building on ongoing efforts, this should occur at the strategic level of the alliance, fusing civil and military perspectives and data to inform the development and introduction of cutting-edge EDT. It must also include a more robust mechanism for aligning capabilities and gaps across members, key partners, and the European Union. As defense budgets contract amidst the Covid-19 crisis, this approach will maximize return on investment and improve NATO’s strategic edge.

Seeding the market by improving engagement with industry. A strategic assessment function will not be valuable unless industry leaders are engaged and incentivized. NATO needs to connect to the private sector early and often, clearly communicating its priorities and requirements while providing accessible opportunities for industry, including non-traditionals, to readily sell into the alliance. Too often national and international defense organizations do not provide discernable paths to revenue for these companies, artificially limiting their industrial bases. The long lead times for these projects are often unattractive or unfeasible, especially for small companies and start-ups where radical innovation takes place. To remedy this, the alliance should look to the U.S. Department of Defense, which has succeeded in attracting startups and non-traditionals to its ecosystem through rapid awards, proof-of-concept contracts, and matching venture capital funds that start-ups receive.

Enhancing standardization and interoperability by creating a system of systems. To meet the challenges of future warfare, the alliance must be able communicate and operate across militaries, capabilities, and domains. This requires more standardized, secure, and resilient platforms, systems, and infrastructure. NATO needs an EDT strategy for integration, not just innovation. Leading candidates for Biden’s Pentagon team have emphasized this priority, supporting a CJADC2 concept – a “network of networks” to ensure reliable command and control. The alliance should leverage CJADC2 as a better framework for standardization and interoperability, paving the way for more complex joint operations. This requires a change in doctrine and a shift away from platforms to create a system of systems. Going forward, NATO needs this same approach to rapidly develop and deploy emerging defense and dual-use technologies for conventional and hybrid conflicts. This involves placing big, transformative bets on critical technologies, such as unmanned air and maritime systems, artificial intelligence (AI), and hypersonics.

Coordinate with the EU. NATO should better leverage its ability to assign capability and spending targets to encourage its members to innovate. For instance, to complement the 2 percent of GDP defense spending benchmark, NATO could mandate that allies invest a certain portion of that into emerging technologies. It should also rework the 2 percent metric to include civilian investment in dual-use technologies that may fall outside of traditional defense budgets. Where NATO lacks the capacity to enforce these standards, the European Union brings the legislative and budgetary authority to promote them. NATO and the EU should coordinate research and development, provide seed funding toward these targets, and reinforce them with legal tools where possible. NATO and the EU should also initiate a strategic dialogue to address fundamental issues of tech governance and data sharing.

The ability to employ emerging and disruptive technologies more effectively than competitors such as China and Russia will shape the global role of the United States and the transatlantic alliance in the coming decades. NATO has begun to talk the talk, but now it must walk the walk.