Aviation Startups Making Progress, But Can They Disrupt The Industry? 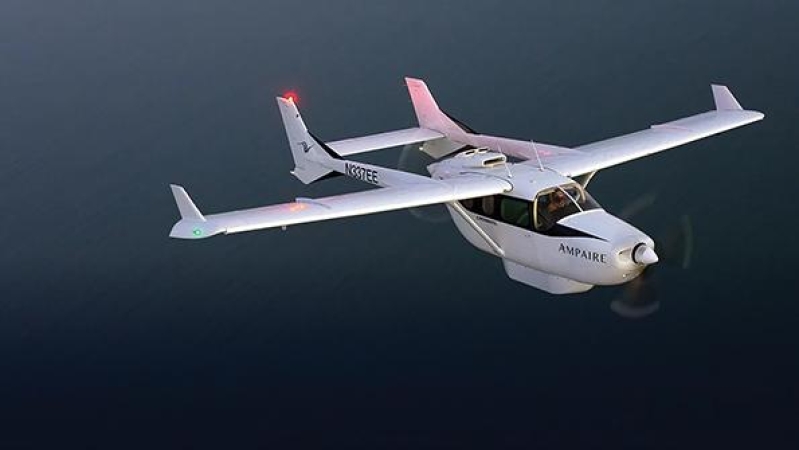 The concept of a minimum viable product is not new to aviation. It is how the industry started. But as aircraft technology has advanced, customers have come to expect more than a minimum capability.

Along comes Silicon Valley’s startup culture, with its drive to find a foothold from which to launch a new technology—a less-than-perfected product that can be developed quickly to disrupt or create a market.

How well is that going for aviation? From autonomy and artificial intelligence (AI) to hybrid-electric and hydrogen propulsion, is there a viable product taking shape that can perform a valuable mission?

The vision: unmanned cargo aircraft plying the skies to meet the ever-growing express logistics needs of the e-commerce giants. The reality: a pair of startups that are converting the Cessna Caravan into a remotely piloted regional cargo aircraft as a first step.

The goal is that supervised autonomy would enable several aircraft to be managed by one remote pilot on the ground, increasing aircraft utilization and reducing operating costs. Reliable Robotics and Xwing plan to operate their aircraft manned initially, the autonomy advising the pilot while accumulating the experience required to certify the system. The companies hope to begin commercial flights by 2022.

There are plenty of startups pursuing the express logistics market with unmanned cargo aircraft, but by targeting an existing market—several hundred Caravans fly as freight feeders for package carriers—and modifying an already certified aircraft and taking a staged approach to introducing autonomy, these two companies hope to lower the certification hurdles.

The vision: automated aircraft flown by machine-learning algorithms that replicate the skills of human pilots but not their mistakes. The reality: The initial approach is to use AI to help the pilot in high-workload phases of flight, such as landing.

Swiss startup Daedalean is developing a camera-based system to provide safe landing guidance for general-aviation aircraft and vertical-takeoff-and-landing vehicles. Airbus has the longer-term goal of bringing autonomy to its commercial aircraft but has started in the same place, demonstrating fully automatic vision-based takeoffs and landings with an A350 in April.

By tackling one well-defined subtask of visual flying, and proving the system can be safer than human piloting, Daedalean hopes to create the path to certification of AI for safety-critical applications. The European Union Aviation Safety Agency, which has been working with the startup to frame the rules, expects the first AI applications to be certified in 2022.

The vision: propulsion systems that overcome the limitations of batteries to deliver the economic and emissions benefits of electrification in larger, faster, longer-range aircraft. The reality: Starting small, startups Ampaire and VoltAero are testing power trains in converted Cessna 337 Skymasters.

Ampaire’s route to market is to modify existing aircraft, beginning with the Skymaster as the four-seat, 200-mi. Electric EEL but moving on to the 19-seat de Havilland Canada Twin Otter. France’s VoltAero, meanwhile, is taking the clean-sheet approach with plans for a family of hybrid-electric aircraft with up to 10 seats and 800-mi. range. Delivery of the initial four-seat Cassio 330 version is planned for 2023.

While batteries have improved enough to make pure-electric urban air taxis feasible, longer ranges are still out of reach. But there are startups working to field all-electric nine- and 19-seat aircraft within just a couple of years of the first hybrid-electric types. It remains to be seen whether hybrid propulsion is just a stopgap, as with cars, or a long-term market niche.

The vision: zero-emissions flight for aircraft of all sizes and ranges. The reality: adapting automotive fuel-cell technology to modify regional turboprops and kick-start the market for green hydrogen as an aviation fuel.

ZeroAvia made the first flight of a six-seater with a fuel-cell power train from Cranfield, England, in September and plans a 300-mi. demonstration flight. The startup’s route to market is to modify existing 10- and 20-seaters to hydrogen-electric propulsion, aiming for its first certification within three years. Universal Hydrogen is more ambitious, targeting the 50-seat de Havilland Canada Dash 8-300 for conversion to hydrogen fuel-cell propulsion for market entry by 2024.

Introducing a new fuel to aviation is an infrastructure issue. By starting small, the startups believe the challenge of producing green hydrogen can be made manageable. But to have an impact on aviation’s contribution to climate change, hydrogen needs to be scaled up to larger and larger aircraft as quickly as possible.